Our third spotlight blog post will give you a quick overview of the live streamed talk, which reveals the friendship of Spiritualist Arthur Conan Doyle and the well known illusionist Harry Houdini. 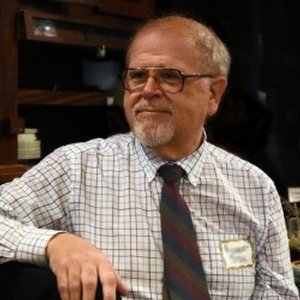 Hello Bob, thank you for taking the time to answer our questions. How would you describe your talk ?

Though most famous for creating the Sherlock Holmes stories, Sir Arthur Conan Doyle was a passionate believer in spiritualism – that gifted individuals are able to receive messages from the deceased.  Master magician Harry Houdini was well known for debunking phony mediums who used tricks to dupe people into believing that they had the ability to communicate with their dead relatives.  This talk initially focuses upon the very real, if later strained, friendship between these two men with opposing views.  The talk then examines a proposed serious scientifically controlled experiment to provide evidence that information from both Doyle and Houdini may be available from psychic mediums.  An audio recording of a preliminary session with a medium gives the suggestion that, when invited, both Doyle and Houdini make their presence known, although Carl Sagan does not!

We are sorry to hear you can’t make it to Edinburgh yourself this year, however it will be great to have your talk over live stream. Can you give us a short teaser for our readers on why they should come and listen ?

The great religions all posit that in some sense our individual consciousness survive bodily death, and everyone at some point in their lives wonders if this is true.  Many people report some type of experience which suggests that death may not be final.  Science is a wonderful tool which helps us make sense of the universe and our experience.  This presentation points in the direction of using systematic scientific investigation to explore if our own consciousness will somehow continue after our physical body no longer supports life as we know it.  Sooner or later, we will all eventually find out for ourselves!

What made you interested in Arthur Conan Doyle and Houdini’s special friendship ?

I am a long time member of the Baker Street Irregulars, a world wide organization interested in the stories of Sherlock Holmes and his creator, Arthur Conan Doyle.  In my career as a professional psychologist I was interested in how we experience the world in different states of consciousness – from our normal waking consciousness to sleep and dreams to hypnosis to various alcohol- or drug-induced states and anesthesia to so-called multiple personalities to the claims of trance mediums who seemed to have access to information not conveyed by our normal senses.  Upon learning that spiritualist Doyle enjoyed a relationship with phony medium debunker Houdini, I researched the lives of these two famous men who seemed to hold such opposing views.

In a few words, how would you describe Harry Houdini ?

While many fine illusionists entertain us today, the name Houdini still has the power to captivate the imagination of anyone who has ever wondered just how the most famous stage magician in the world managed to produce his illusions as well as perform escapes from seemingly impossible conditions.  Houdini was the ultimate showman and a master at self-promotion.  Any of the many biographies about his life are well worth reading to get just an inkling of his fascinating life.

This is your first time at the Fringe festival, how are you preparing for your talk and will you be tuning in to any other shows?

I have been to the Fringe Festival on three previous occasions – last here in 2015 I first gave my presentation about Doyle’s and Houdini’s friendship at the Arthur Conan Doyle Centre.  It is only due to the recovery time from a medical procedure which prevents me from again visiting one of my most favorite cities in the world, especially during the Fringe Festival.  While watching videos of the famous Royal Edinburgh Military Tattoo or checking in on live feeds may be enjoyable, nothing compares to walking amongst the crowds on the Royal Mile and being entertained by the thousands of live performances across the city.  In 2015 while giving my own presentation I attended a theatrical performance examining that exact same relationship between Doyle and Houdini, and the part of Houdini was portrayed by Alan Cox who had portrayed John Watson as a boy in Steven Spielberg’s 1985 film, The Young Sherlock Holmes!