Arthur Conan Doyle and the Birth of Post-Materialism

‘The Most Important Thing in the World’ 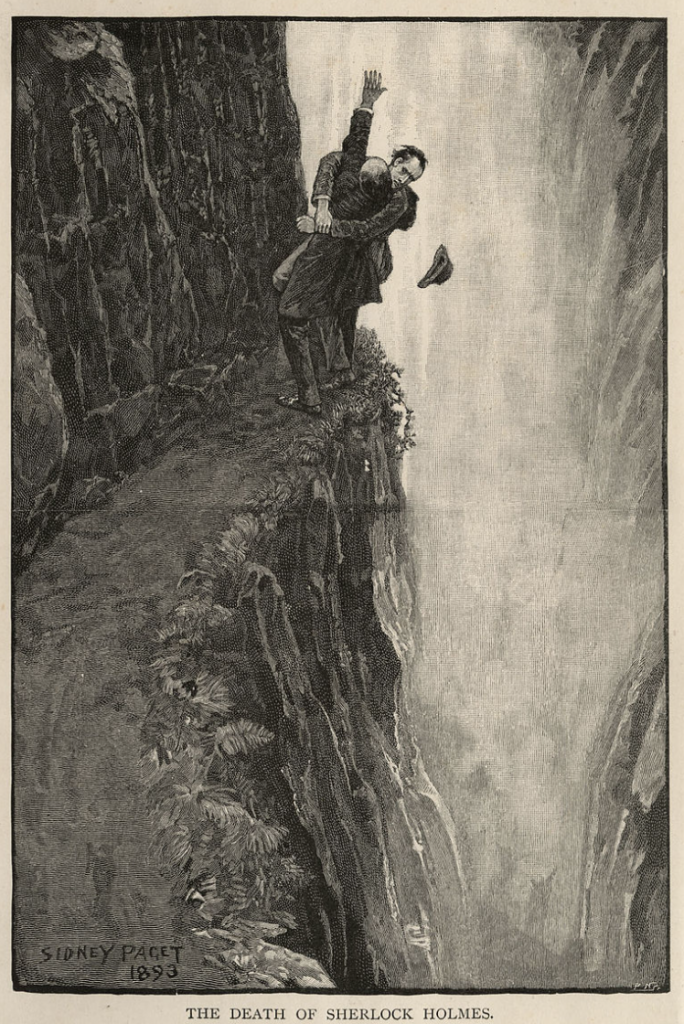 Most people aware of Arthur Conan Doyle think of him first and foremost as the creator of Sherlock Holmes though Doyle himself probably wouldn’t have been happy with this legacy.

In a letter to his mother Mary in 1891 he confessed to dark, ambivalent feelings towards his own brilliant private detective: ‘I think of slaying Holmes… He takes my mind from better things.’ Mary was not happy with this – not least because of the unsurpassed literary income that the character afforded her previously-impoverished son – and neither were substantial numbers of adoring fans when they read about Holmes falling to his apparent death two years later in the arms his evil nemesis Professor Moriarty.

The tale of Holmes’s demise at the Reichenbach Falls and his subsequent resurrection in The Hound of the Baskervilles in 1901 is well documented. Though the continuing dramas of Sherlock often obscure Doyle’s own serious investigations – during this early period of his life – into inexplicable phenomena and especially into the possibility that the human animal survives death. Behind the scenes of the Sherlock Holmes world Doyle was to be found sitting with mediums, participating in séances, experimenting with table-tipping, automatic writing and mesmerism as well as investigating telepathic communication and poltergeist phenomena. But being a true, self-confessed man of science the extent of his curiosity in this area was matched only by his detached, professional scepticism.

As early as 1887 however, the initial scepticism was beginning to wane and Doyle was already aligning himself publicly with the possibility of life after death and Spiritualism in a letter published in the newspaper Light which narrated a spiritual experience that he had lived through during a seance. He joined the Hampshire Society of Psychical Research in 1889 and the larger more established Society of Psychical Research in 1893.

Aside from his personal experiences and the findings of his own research, one burning conviction behind Doyle’s commitment to a consistently open-minded approach to psychic phenomena was an awareness that many of his respected peers and intellectual forebears believed in some form of survival after death. In the kernel of Doyle’s Victorian consciousness these were well-educated men, even celebrated figures of his beloved science; ironically this was the same science which declared matter – rather than anything more ephemeral or mental – to be the primary building block of our Universe. 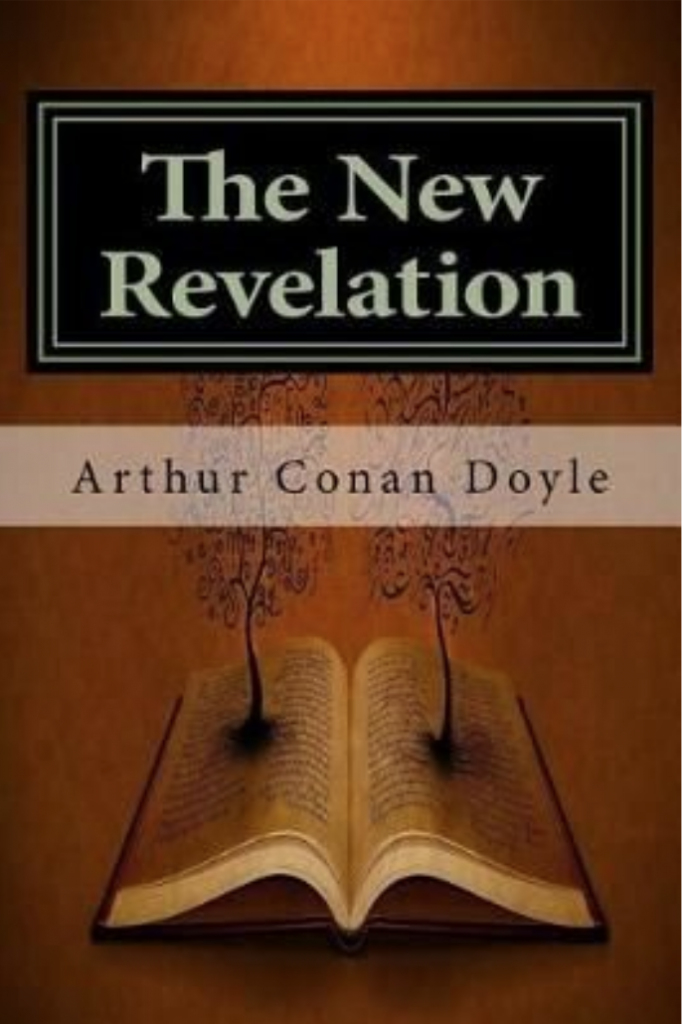 Writing in his book The New Revelation of 1918 Doyle explains his shift in position over the course of his research into psychic phenomena:

I was amazed to find what a number of great men – men whose names were to the fore of science – thoroughly believed that spirit was independent of matter and could survive it. When I regarded Spiritualism as a vulgar delusion of the uneducated, I could afford to look down upon it; but when it was endorsed by men like Crookes, whom I knew to be the most rising British chemist, by Wallace, who was the rival of Darwin, and by Flammarion, the best known of astronomers, I could not afford to dismiss it. It was all very well to throw down the books of these men which contained their mature conclusions and careful investigation, and to say “Well, he has one weak spot in his brain,’ but a man has to be very self-satisfied if the day does not come when he wonders if the weak spot is not in his own brain.

In contrast Doyle goes on to express his surprised disappointment when learning of the ‘great men of science’ who took a more irrational, blinkered view when it came to considering evidence of Survival – an attitude which is often still the norm today among ‘the great men and women of science’ in the modern world:

For some time I was sustained in my scepticism by the consideration that many famous men, such as Darwin himself, Huxley, Tyndall and Herbert Spencer, derided this new branch of knowledge [that spirit is independent of matter and could survive it]; but when I learned that their derision had reached such a point that they would not even examine it, and that Spencer had declared in so many words that he had decided against it on a priori grounds, while Huxley had said that it did not interest him, I was bound to admit that, however great they were in science, their action in this respect was most unscientific and dogmatic, while the action of those who studied the phenomena and tried to find out the laws that governed them, was following the true path which has given us all human advance and knowledge. So far I had got in my reasoning, so my sceptical position was not so solid as before. It was somewhat reinforced, however, by my own experiences.

There is something about Doyle’s assertion of his ‘own experiences’ at the end here that places his attitude and position right at the heart of contemporary debates around the primacy of Consciousness and the game-changing reality that this implies.

In an article published in American Scientist in May 2018 – exactly 100 years after the publication of Doyle’s The New Revelation – Bernaro Kastrup, Henry P.Stapp and Means C. Kafatos suggest:

For almost a century, physicists have wondered whether the most counterintuitive predictions of quantum mechanics (QM) could actually be true. Only in recent years has the technology necessary for answering this question become accessible, enabling a string of experimental results—including startling ones reported in 2007 and 2010, and culminating now with a remarkable test reported in May—that show that key predictions of QM are indeed correct. Taken together, these experiments indicate that the everyday world we perceive does not exist until observed, which in turn suggests—as we shall argue in this essay—a primary role for mind in nature. It is thus high time the scientific community at large—not only those involved in foundations of QM—faced up to the counterintuitive implications of QM’s most controversial predictions.

The ‘primary role for mind in nature’. I can’t help but smile when reading this, imagining how wonderfully delighted, relieved and excited Doyle would be to see these words published in a well-respected scientific journal.

Doyle became convinced throughout his own life about the reality of an afterlife. As a man of his times this manifested itself in religious terms and he spent the last 13 years of his life touring the world delivering lectures on Spiritualism. He saw it as a personal duty to bring what he considered to be this hopeful, comforting and life-affirming news to as many people as he possibly could following the barbaric and devastating loss of human life caused by the First World War.

This turned out to be no mean feat.

The excessive travel and energy required for his noble quest took its toll on his health and he was often slandered and ridiculed in the national press for his non-materialist beliefs. But perhaps worst of all was the fact that his intellectual position cost him his close friendship and connection with the illusionist Harry Houdini.

In response to Doyle’s determination that Spiritualism was the way forward Houdini launched his own lecture series to convince the public of the fraudulence of all mediums and mediumship. However – looking back – there need have been no argument here – at least not such a painful and categorical one. Doyle was as aware as Houdini of the rifeness of fraudulence within mediumship and indeed he stated this publicly many times. The difference lay in the simple fact that for Doyle this fact was NOT the final say on the bigger picture.

Houdini died convinced that every aspect of the world of mediumship was fraudulent.

As it turns out the latest research emerging from modern-day psychology, parapsychology, physics and neuroscience departments is veering  – even if sometimes reluctantly – towards Doyle’s position over Houdini’s.

One collection of people taking a non-reluctant approach to the task of proving that Consciousness survives death is the ‘Division of Perceptual Studies’ –  or DOPS as it is sometimes known – in the Department of Psychiatry and Neurobehavioural Sciences at the University of Virginia.

Since the late 1960s DOPS has been conducting rigorous and sophisticated scientific experiments related to Survival and consciousness beyond the physical confines of the body. Their statistics have long presented a challenge to our current mainstream paradigm of Materialism. But, like Doyle’s position at the beginning of the 20th Century, the majority of the scientific community have been turning a blind eye – just as Darwin, Huxley, Tyndall and Herbert Spencer did – to the scientific credibility of such results. The difference in the 21st Century is that this is finally beginning to change thanks to advances in technology and recent data from experimental physics such as the experiments referred to in the American Scientist article quoted above by Kastrup et al.

Could we finally be arriving at the point where the data become irrefutable – or at the very least – non-ignorable?

Doyle published volumes 1 and 2 of The History of Spiritualism in 1926. This work sought to balance credible accounts of individual experiences of anomalous phenomena against contemporary blind prejudice supporting their non-existence – especially when it came to the dogmatic sciences and mainstream press of the day.

Here at The Sir Arthur Conan Doyle Centre in Edinburgh we like to think that our programme of talks, readings, events and workshops picks up this baton. As clichéd as it is, the meaning of life/why-we-are-here-at-all is potentially –  as Doyle put it –  ‘the most important thing in the world’.

We will not survive as a species by adhering to the assumption behind the current paradigm in which we live: ‘Life is a Bitch and then you die.’ This empty and irresponsible attitude is killing our planet and a truly devastating amount of life on Earth. 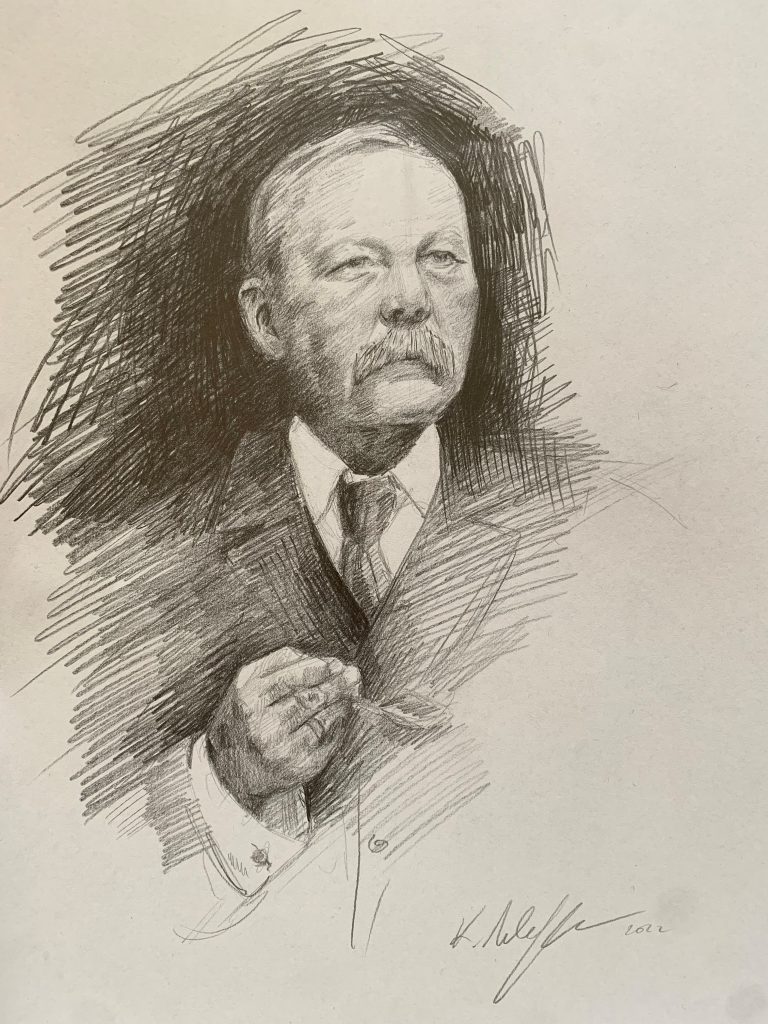 If you are interested in taking either your interest in Post-Materialist studies or your own Spiritual Development further you will find a list of resources below that Arthur Conan Doyle would definitely be dipping into if he had been a Millennial instead of a Victorian:

Division of Perceptual Studies at the University of Virginia