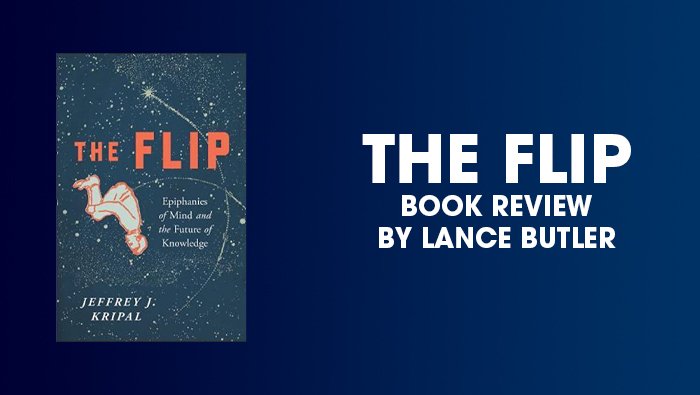 The Flip by Jeffrey Kripal

This quite small book is a very big book. Jeffrey Kripal has lived and worked along the cutting edge between Science and the Humanities and here he demonstrates that that edge is, indeed, cutting us in half. He belongs to the tradition of C.P. Snow, whose ‘two cultures’ thesis he quotes, and the tradition of all those scientists and philosophers from Einstein and A.J. Ayer to modern Near-Death Experience survivors who have had direct knowledge of a greater or cosmic aspect to the universe and our lives in it.

The ‘flip’ in question is a spiritual, mystical or paranormal experience that makes otherwise merely-rational thinkers see that there is something quite different happening around us and that we do not really know ‘who we are’ if we limit our self-concept to the data of materialist science. Once a paid-up, highly-educated doctor or scientist has had a cosmic experience they know, in spite of their earlier preconceptions about the world, that there is something more and bigger about our lives, and many of them honestly admit it.

That is Kripal’s starting point and the basis for his plea that we transcend our current divisions. All thinking and knowledge, both of religion and science, is limited and relative and constructed; so truth doesn’t lie in further affirmations of our old positions. Neither religion nor science can ever have universal knowledge and the last word – they are both inevitably partial and flawed. But both contain many truths which we can work with towards a new consensus which will allow the Humanities (art, literature, religion, philosophy) and Science to co-exist.

Essentially we are cosmic and entirely grounded in nature. In a telling passage Kripal points out that nature isn’t something ‘out there’ to be looked at, it is us. Similarly the cosmos isn’t an object, it too is us. The new panpsychism is praised for suggesting that nature and the cosmos are themselves conscious and that we are the conscious beings who are conscious of the most important of all things, namely that we are conscious.

This wonderfully fresh argument seems like common sense by the end. Kripal uses the new thinking on the two halves of the brain, so well presented in Iain McGilchrist’s The Master and his Emissary (Iain will be speaking next week in the Conan Doyle Zoom programme of Tuesday Talks) to show how we need to listen to our right hemisphere’s cosmic inclinations. He also makes frequent references to the panpsychism of Bernrado Kastrup and of Philip Goff (who will be talking for the Conan Doyle Centre on 27th October 2020).

In a mere two hundred pages Kripal offers a wide overall view of what we are missing and a ray of hope for the future. As he claims, a cosmically-conscious humanity would be unwilling to continue with the current rape of the planet, unwilling to let millions struggle in poverty, unlikely to kill each other over religious or social differences, and likely to move into the future with a calmer, warmer mental approach to each other and all living things. A kind of Buddhism in fact.

For after all, as he keeps saying, the great ‘flip’ moments, from St Paul’s experience on the road to Damascus to Eben Alexander’s experience of ‘heaven’ in very recent years, moments of cosmic vision are all ‘conversion’ experiences in which a greater reality is seen. And in the end these are either hallucinations and the universe is an empty meaningless bunch of quanta or, as the quantum physicists he quotes themselves will often say, a single united being within which we can exist better and with some idea of purpose and unanimity.