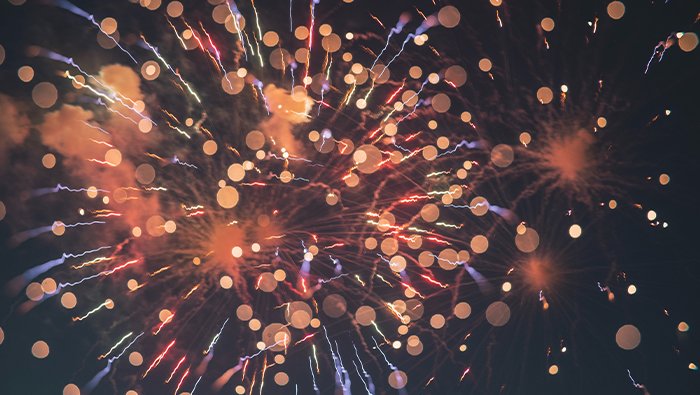 What’s this before and after midnight? You normally ask that question once a year – and you’ve probably just asked it. And I wonder how it went for you? Was there a slight shift in the atmosphere, a change of half a degree in the temperature or in the decibels around you as the hour struck? If so, you probably realised that the change wasn’t outside you – it was inside, so my question has to be reframed: not ‘What’s this?’ but ‘Who am I?’ in those last few and those first few seconds? Is there a different Me before and after the midnight moment?

You were wondering, as you observed Covid regulations with your two permitted friends, one spouse and perhaps multiple-children-and-dogs, watching the television, Have I changed? Should I change? Will I now be a tad different? We are all meant to be in charge of ourselves these days, so you speculate on how you might upgrade the slightly untidy space in there. Should you go for less food and drink? More yoga? A dry January? Should you start writing a novel? Standing up to a bully? Learning German?

One of the best thinkers about the changes and phases of life is Jung, inventor of the Mid-Life Crisis. So you might look at his work, and if you do you may be surprised. Like Freud before him Jung plunged deeply into himself, inspecting and assessing who he was, what he thought and why, what in particular might be arising in his unconscious mind; so he might be a model for your introspections. The surprise comes when you realise that almost all of his self-knowledge somehow also came from outside. In dreams and daydreams, while walking or building sandcastles, Jung allowed visions and symbols and pieces of self-knowledge to arise as they would.

The theme is constant in Memories, Dreams, Reflections, his autobiography. Time and again it’s clear that the universe was waiting to tell him things, often things coded it’s true, and it seemed to present him with images and synchronicities on which he could then work to understand himself and, as he soon saw, understand all of humanity as well (the Collective Unconscious being his invention too). His visions and signs, his moments of insight, came from outside. What was ‘within’ was something that was already out there, waiting.

‘As above so below’ seems to fit here although we might change it to ‘as outside so inside.’ What comes to us when we ‘look within’ is paradoxically something general, widely applicable, some hint at knowledge about the way things are generally as well as the way we are. And what does this do to your New-Year’s Resolutions? How should you react to that moment of change that seemed fleetingly available in the moment between the two years?

The answer is most comforting. First, you can’t be anything other than yourself. You start, obviously, from where you are and that place is, in this moment, all right. If strenuous Yoga positions are too painful or running round the park at six in the morning is too chilly and tedious for you, or if giving up alcohol is too anti-social or too damaging to your self image, remember that this is who and how you are, right now. This moment is the only place you’ve got to on your journey (sorry about the cliché). You don’t absolutely need to make some stupendous effort to be someone else; the grass only seems greener over there.

So do nothing? Never change? Well, there is a simple alternative: try neither changing nor remaining the same, try detaching. Try not minding so much. Try looking at what’s around you warmly or at least neutrally. Try being rather than either having, doing, expecting, regretting, hoping or resolving. From this point, from where you are now, what you’re doing, if you’re doing anything at all, is waiting. Waiting as open-mindedly as possible, and in a sense emptily. Then things may come, from the outside, and they’ll come not according to the public calendar (‘Help! It’s suddenly 2022!’) nor according to your own agenda (‘I really will drink less this year!’) but according to the universe’s own sweet programme.

Waiting is the key (perhaps it’s equivalent to the Buddhist acceptance), but you can nonetheless help a little. We know from Near-Death Experiences and other places that when you imagine things you tend to go towards them; so if you can’t help thinking (and you can’t) then try thinking of warm things. But you also must know the laws of earthly perversity: the things may come immediately or they may appear later, they may come in an unexpected form, their meaning or quality may not be clear to you until you are a lot older. Be peaceful but alert.

And in the meantime be yourself, and look out and look in with warmth and with an amused small hope that the things that are coming are things that you’ll like. And of course, if you like yoga or running or German….