Consciousness, Cause and Bernardo Kastrup 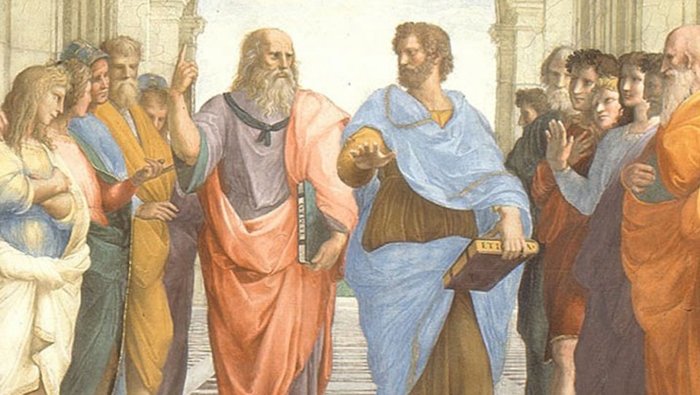 Consciousness, Cause and Bernardo Kastrup

In my last blog (which was also my first blog, but there) I ended by praising the work of Bernardo Kastrup and now I’m going to say some more about him. By way of introducing his basic ideas quite simply I’m going to tell a very short and very familiar story. It goes like this:

There was a schoolboy in the early 1960s who felt that something about life and the universe had been missed. While actually understanding almost nothing, he nonetheless thought there was an intellectual gap somewhere that had gone unnoticed. Sixty years later he came across a writer and thinker who had had the same feeling and who (unlike him) had done something about it by sheer hard reading and hard thinking. Then he said ‘Eureka!’ The writer he had found was called Bernardo Kastrup and the schoolboy was (I’m sorry to do this) me. That’s the story.

My naïve schoolboy version of the biggest questions went like this: ‘Why does everything only come to me in my head?’ And ‘Why does everything move?’ I had stumbled on the question of consciousness and the question of cause. I tried to read Camus and Kierkegaard on who I was and on subjectivity, and I read potted Schopenhauer on why things happen at all. I intuited that subjective awareness was infinitely important and I intuited that underneath the atoms and particles there still had to be something else, something that probably wasn’t just more matter. Some cause in fact.

I wasn’t able to put these two intuitions together – but I can now. Or rather, Bernardo Kastrup can and has; at least he has made giant strides towards a kind of thinking that takes consciousness and cause really seriously. We have needed this new thinking since the Renaissance – because since then the two questions in question (sorry about that), namely consciousness and cause, have been swept under the carpet.

Mainstream philosophy and mainstream thinking in general have been overwhelmed for five centuries by a legitimate admiration for rational thought and for science. These two kings of the intellectual jungle have done so well! They have explained so much! Surely all we need to do now is to let them go on explaining and then we’ll know everything? But alas, the naive schoolboy questions still persist: Why? And Why apparently only in my head? No scientist should countenance the idea of a causeless event, but they do it all the time. No rationalist could deny that the only thing of which we are absolutely certain is that it is we who are looking out at the world. Whether it’s really there must ever remain undecidable. But the questions remain valid.

Kastrup’s radical solution is to go Idealist. The laughable old notion that the only real things are ideas, which goes back to Plato and the Berkeleyan version of which so annoyed Dr Johnson, has been taken out of the cupboard and dusted off. And behold! It isn’t so laughable. Consider, on cause: even the most hardened materialist cannot believe that the cause of matter is matter. The best the scientists can come up with is that the universe began because of ‘fluctuations in the quantum vacuum’, which just won’t wash, fluctuations being things that have to have something to fluctuate in or around. The cause of matter must be something other than matter. And, as Sartre pointed out long ago, there are only two things in the universe: matter and ideas about matter. That’s it. So the only possible cause for matter must be ideas, otherwise known as mind.

And then on consciousness, well… if our own individual worlds are held in our minds (that is, in our consciousnesses) then perhaps the whole world is held in some larger mind. So we come round, for me after six decades of vague puzzlement, to the idea that ‘it’s all mind.’ Of course, since the quantum and other discoveries of a hundred years ago, this doesn’t mean that ‘things don’t exist’, but it suggests a new way of seeing how they exist.

And there are some pretty good spin-off benefits from this Idealism. For instance I would be prepared to bet that you feel more like a whirlpool in the stream of events than you feel like a hard object that operates as a separate entity. Everyone nowadays is holistic and concerned to stress our interdependence with nature and with each other; and everyone is right, wouldn’t you say? No man is an island… Now Kastrup uses the whirlpool metaphor (very Buddhist this) to catch our feelings of being part of everything as well as being, for a while at least, conscious of being individual.

Then again, the phenomenon of the Near-Death Experience, dependent as it is on the notion of a separable, non-local consciousness, needs something other than matter to make it work. Our consciousness floats up to the hospital ceiling and we go on up, through the ceiling, into the light. This isn’t physical matter we’re talking about. We are connected to the earth plane for a while (we can watch the surgeons giving up on us and taking off their rubber gloves) but we move on and out into an elsewhere in which we communicate by telepathy (why? – because it’s all mind) and know many things we didn’t know before (in our minds) and meet deceased relatives wearing clothes which must be mental projections because we ourselves burnt the physical clothes a few weeks or months before.

Like me, you’ll need to keep working on this, though I hope it won’t take you sixty years. As Bernardo says, we are so imbued with the stunning explanatory success of Reason and Science that we hardly have room for this new thinking. But it does make better sense than the idea that everything is a particle or a group of particles, full stop.

I will talk about Bernardo’s books in another blog, but for now can I direct your attention to his online course at the Essentia Foundation which he heads up? Look at his website and you’ll find the course on YouTube – six lectures which will help to move your thinking towards Idealism of his new and exciting kind.