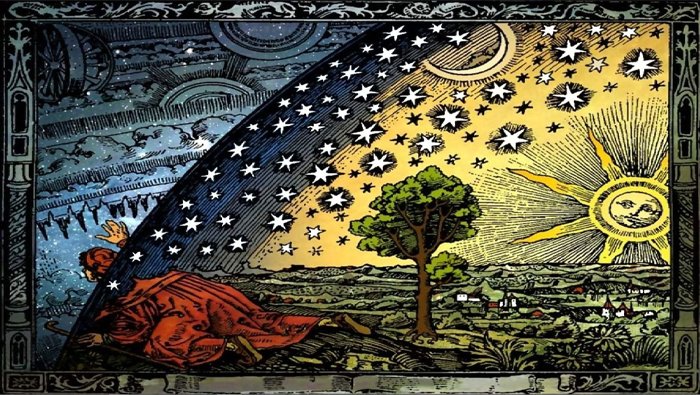 Where Are We now? And… a Philosopher for Our Times.

The Sir Arthur Conan Doyle Centre has done fairly well during lockdown. We are, for a start, still in operation and we still have all our staff. We are financially stable and we are beginning to re-open our doors. So as far as the Centre is concerned the answer to ‘Where are we now?’ is somewhere between ‘Still in much the same place’ and ‘Going strong.’

But the question has a wider meaning too. The purpose of a Centre such as ours, besides being a place for healing, mediumship, meditation and other spiritual things, is to move the debate forward, that is: the debate about the meaning of the trinity known as ‘Mind-Body-Spirit’. Where are we in our ambition to open minds in these three areas?

A number of speakers on our Tuesday Talks have said that they believe that the world’s attitudes may be about to change. Humanity may already be moving from the Scientific-Materialist paradigm towards a Post-materialist paradigm. I’m asking here: is this true? How are we getting on? And what do we need now?

Of the three elements (Mind, Body, Spirit) the first two have made easily-observable progress since the Second World War. For the body: we are no longer surprised to meet a vegetarian or a student of Hatha Yoga, a Chi-Gong practitioner or someone who meditates every day; and most people no longer sneer at Ayurveda or Chinese medicine. For the mind: nobody thinks that ‘what you learn at school’ is all that the human mind needs. The beliefs of ‘indigenous peoples’ are treated with some respect. Very few people are completely dismissive of holistic ideas. Men are no longer horrified to be asked about their feminine side. Few of us insist very strongly on a fundamental difference between humans and the other species who share our planet. The list could go on. Notions of mind and body have certainly expanded and become less narrow and prescriptive over recent the last seventy-five years.

But the third element, the spiritual, has not had such success. There is an ongoing trench warfare, conducted on Wikipedia and in TED talks, for instance, and also apparent in universities, in certain journals and in the mainstream media, a warfare between those who resist any form of spirituality on the one side and those who are open to its inclusion among serious matters on the other. Here it has to be admitted that the intellectual elite is generally far from convinced that ‘the spiritual’ has any value or even meaning. The triumph of science has been spectacular in our time and science seems to most thinking people to be the place where the best answers (sometimes the only answers) are to be found. If the triumph of science has now been tempered by doubt it is still the mainstream default intellectual position.

And yet there is a whole industry out there that is unabashed by the mainstream view: a huge number of books, journals and YouTube videos exploring and explaining all manner of spiritual or anomalous phenomena pours out every week. We have societies dedicated to sharing the best methods of Healing or the latest research into UFOs, journals dealing with the psychic and mediumistic, societies devoted to NDEs, Theosophy and esoterica, endless courses and centres where you can practice yoga or learn about tarot or astrology. But this considerable volume of often-impressive material doesn’t cut a lot of intellectual ice. The encyclopaedias tend to ignore it and the mainstream media are more likely to produce pieces that seek to debunk it than pieces that look at it seriously. The war is still on.

What we need in this situation is slowly becoming available, but there is a long way to go. I would describe it, the thing that we need, quite simply as some proper philosophy. To back up our intuitions and experiences, and to back up our own scientific researches, we need to straighten out what can legitimately be thought about the universe and that is the business of philosophy. Luckily one of the people who is doing this thinking at the moment is at hand. He is young (for a philosopher), highly energetic and quite fearless. I refer to Bernardo Kastrup.

There are several other philosophers who have been deconstructing the mainstream scientific-materialist view since 1995 when David Chalmers first announced that the Hard Problem of Consciousness wasn’t going to be solved any time soon. Since then Galen Strawson, Philip Goff and others have taken up the challenge and come up with a variety of Panpsychist and other positions that at least open a door to the spiritual. But Kastrup, who has given two Tuesday Talks at the Centre so far and will I am sure be giving more in 2022, has some advantages. He is not in an academic post and he earns his living in areas independent of academia. Yet he has two PhDs. He is highly science-literate and computer-literate yet he is an expert on Schopenhauer and Jung. This heady mix has led to a stream of relatively-short, accessible books that I cannot recommend highly enough. They constitute a philosophy that can stand up against the metaphysical assumptions of materialism on its own terms and turn conventional mainstream default thinking on its head while explaining more not less about our everyday, common-sense existence.

The only thing I find worrying about the marvellously clear exposition of his thinking in his 2014 book Why Materialism is Baloney (this is the Kastrup book that I would recommend you read first) is the title. I love Bernardo’s humour but the surprising inclusion of a piece of 1920s American slang might put some people off (baloney is merely a corruption of ‘bologna’, as in a bologna sausage which, for some reason, was a sausage displeasing to Al Capone’s generation). Yet you should not be put off. This book, like all of Kastrup’s books, presents a thoroughly viable new Idealism that makes a great deal of sense of the spiritual claims that are becoming increasingly common – I mean claims about NDEs, ADC, ELEs and so on.

So… for more of Bernardo – watch this space.

And, meanwhile, please keep the Sir Arthur Conan Doyle Centre in mind. We have classes, courses and zooms ongoing. We have something for your body, your mind, and for that often-ignored Cinderella, your spirit.