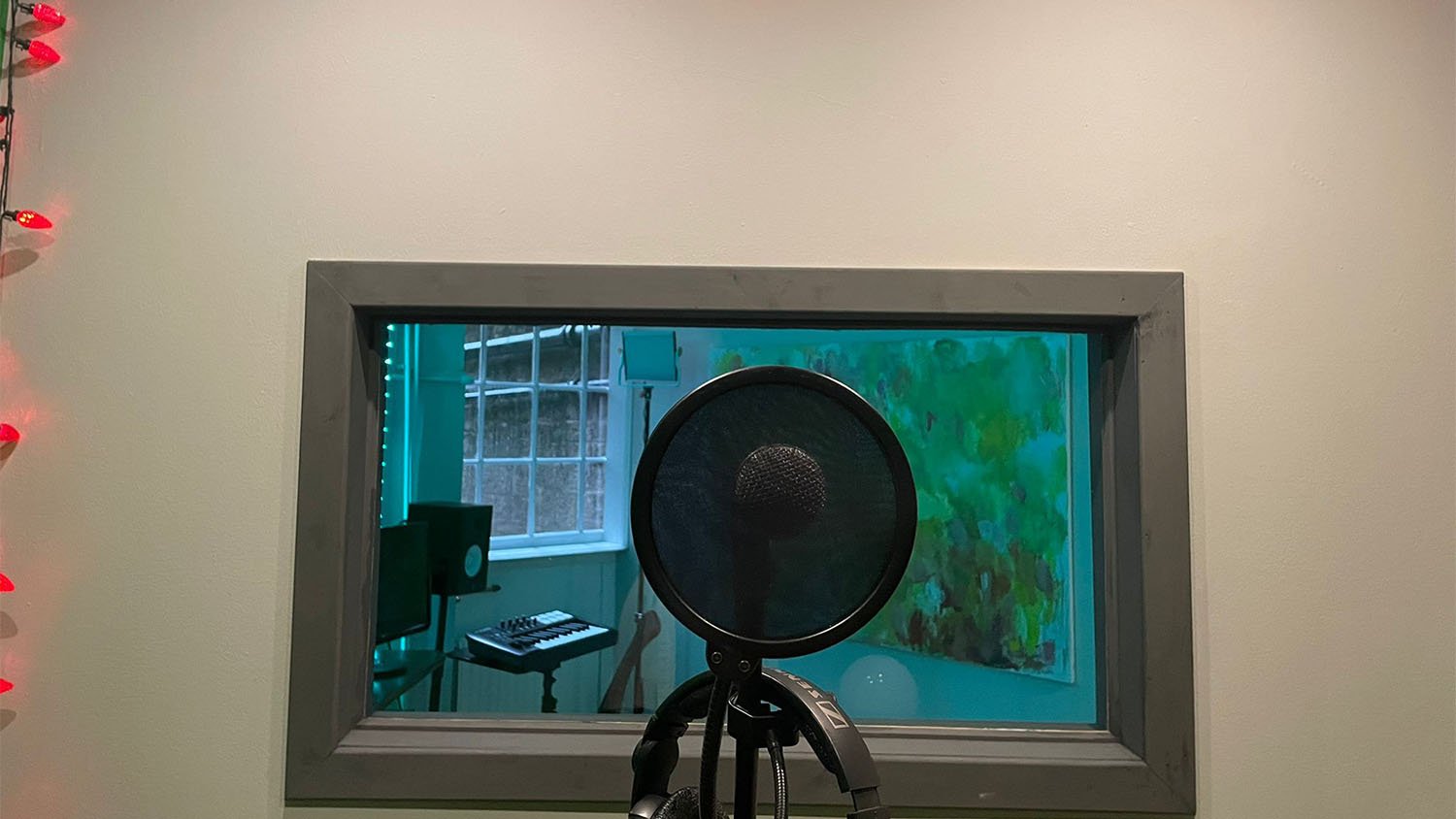 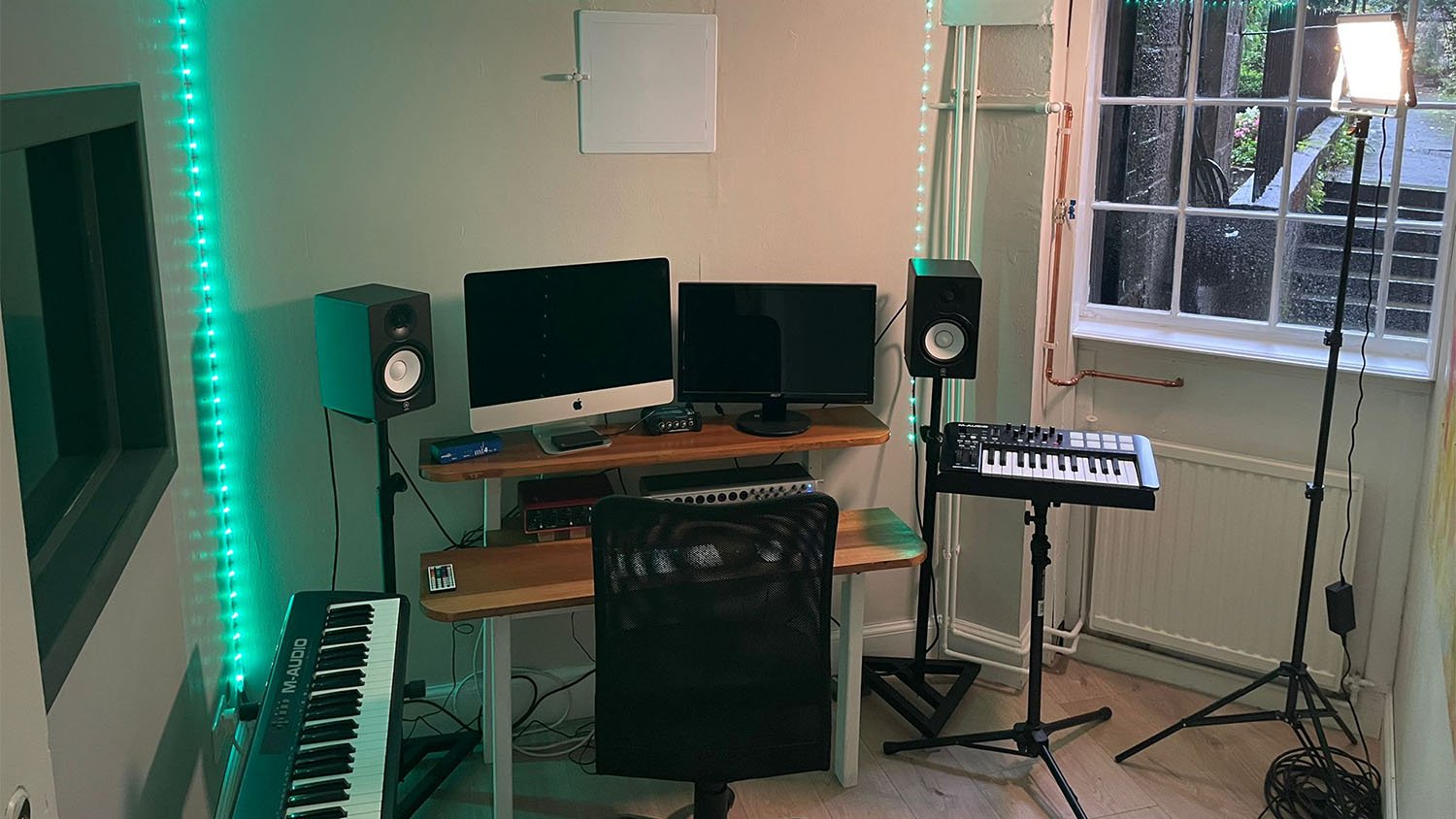 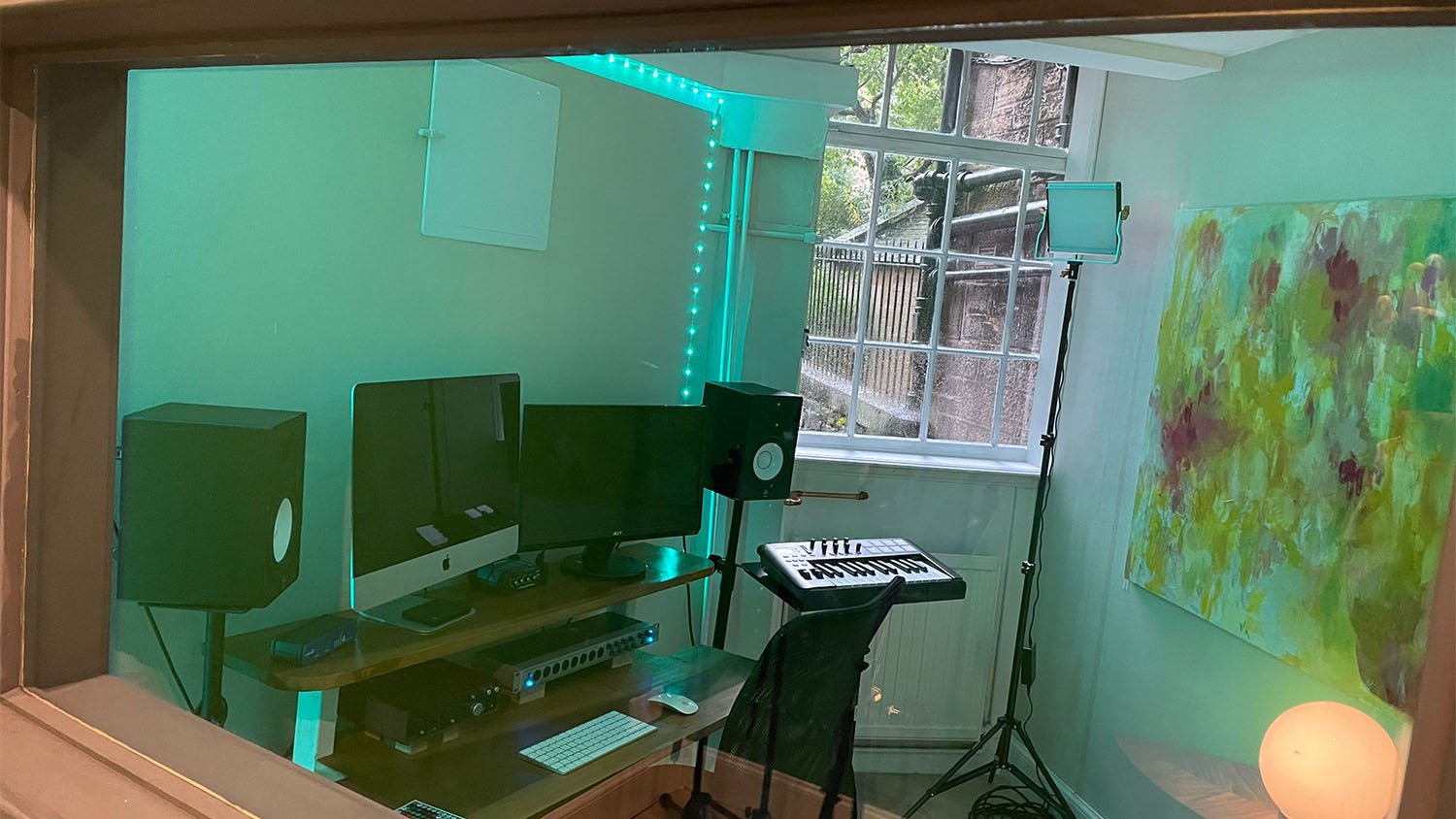 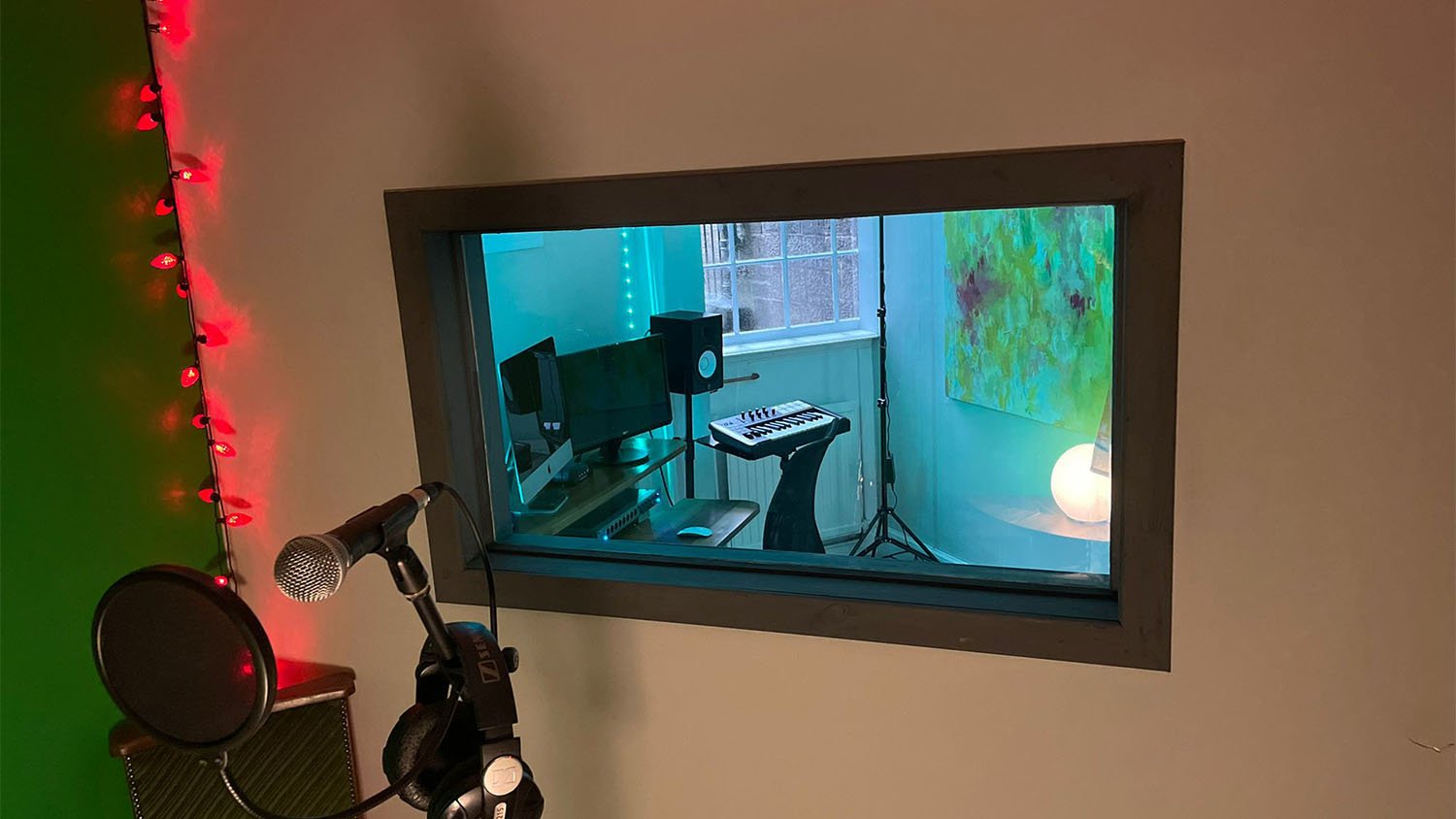 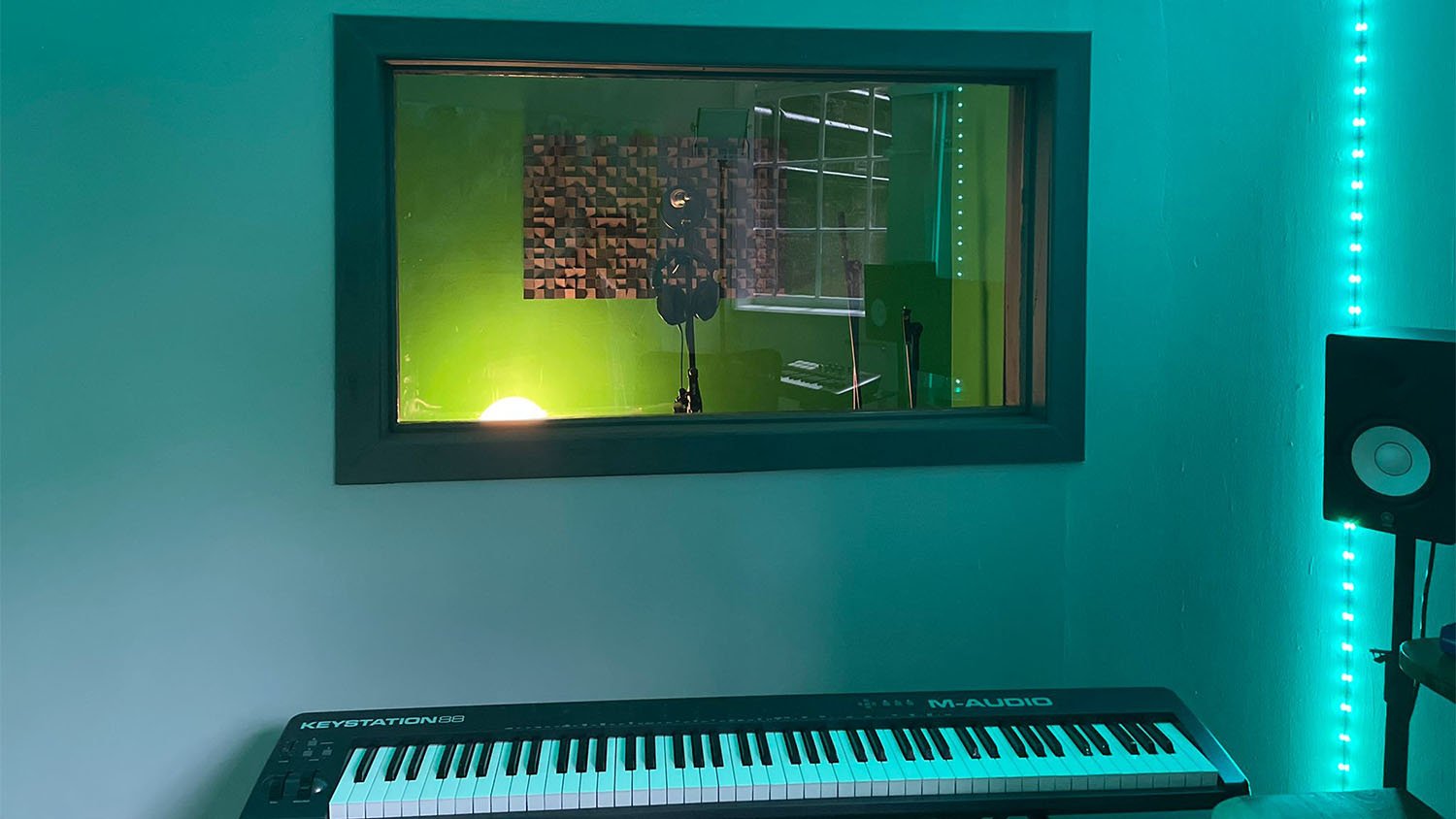 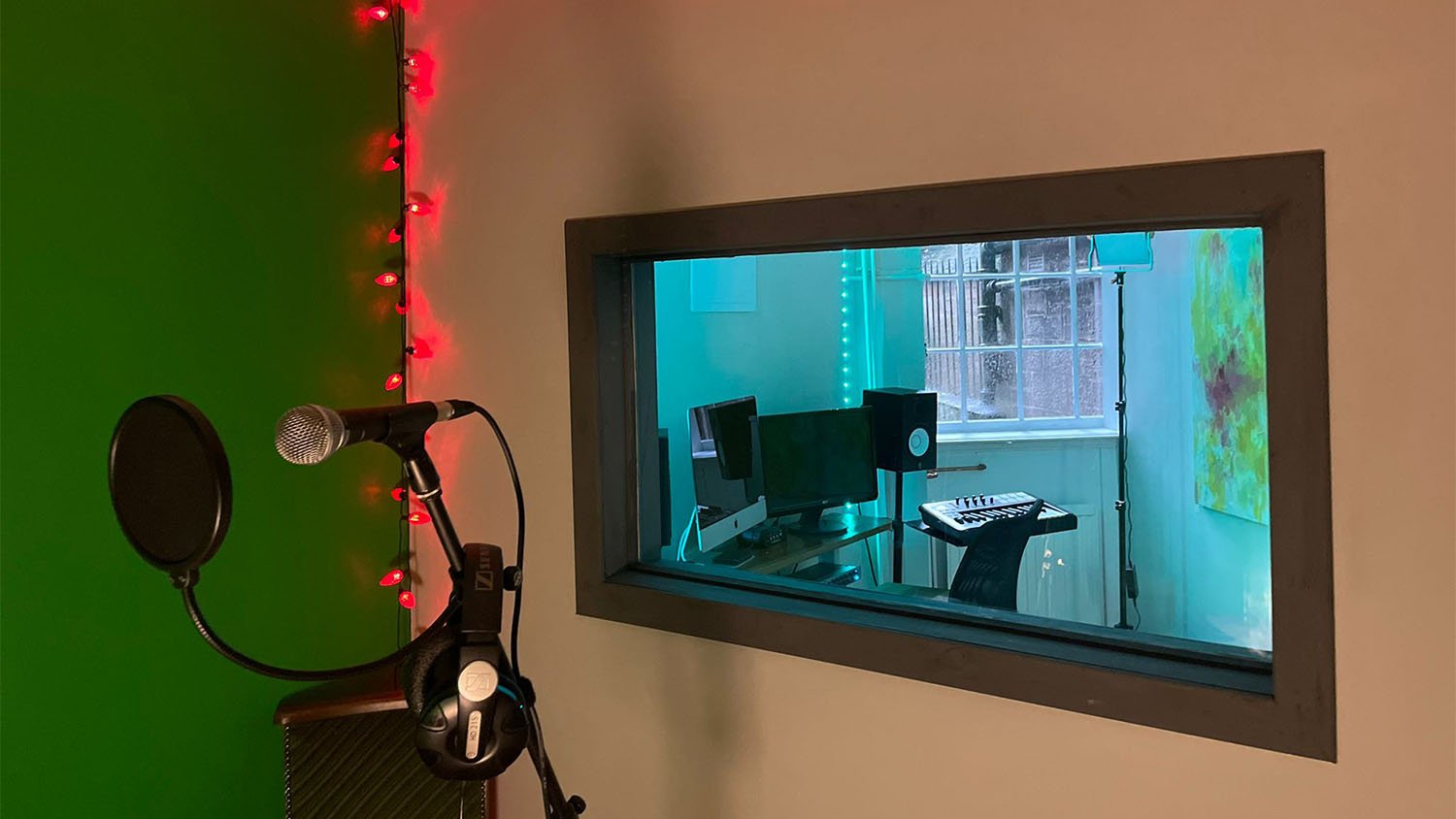 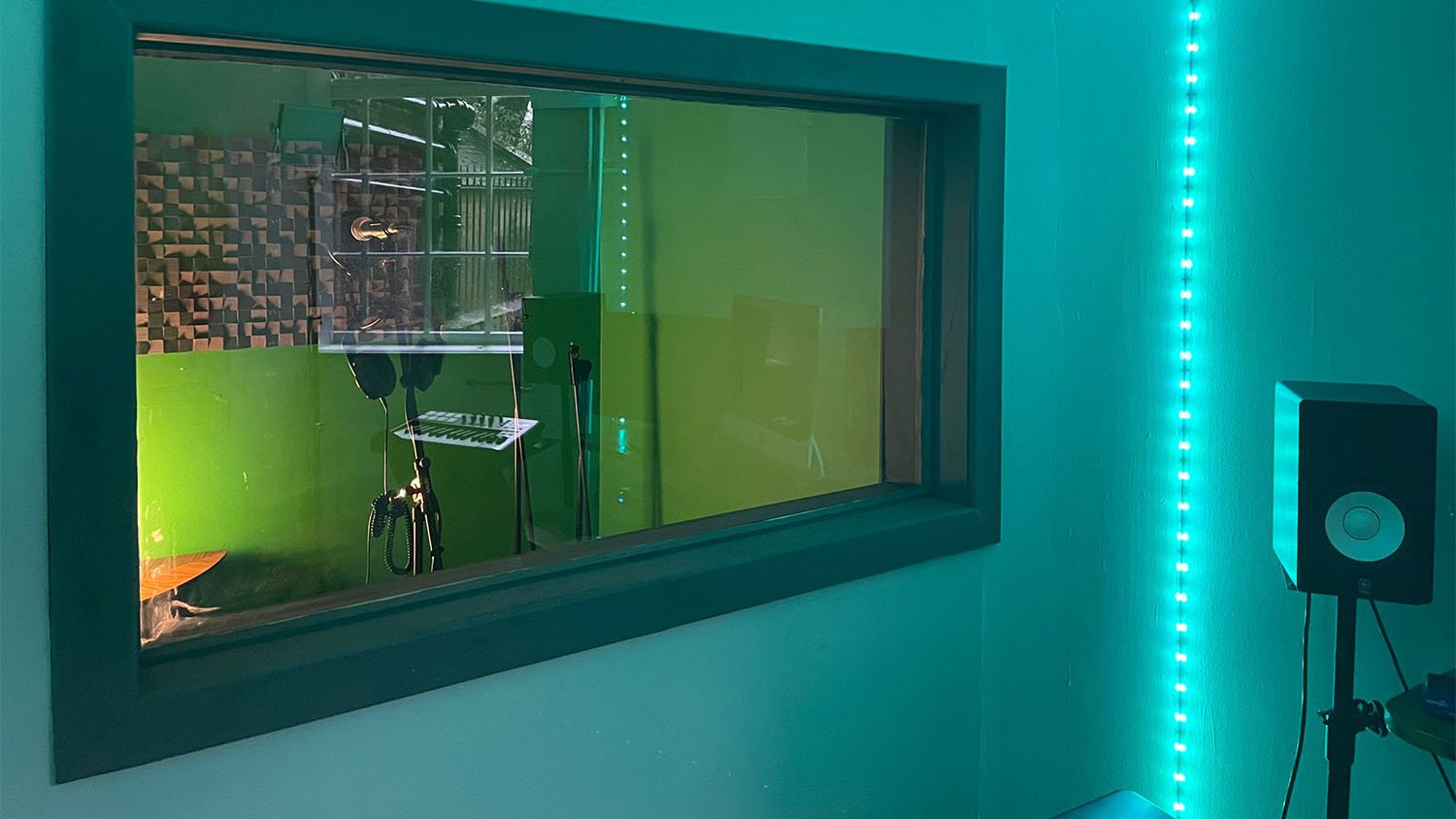 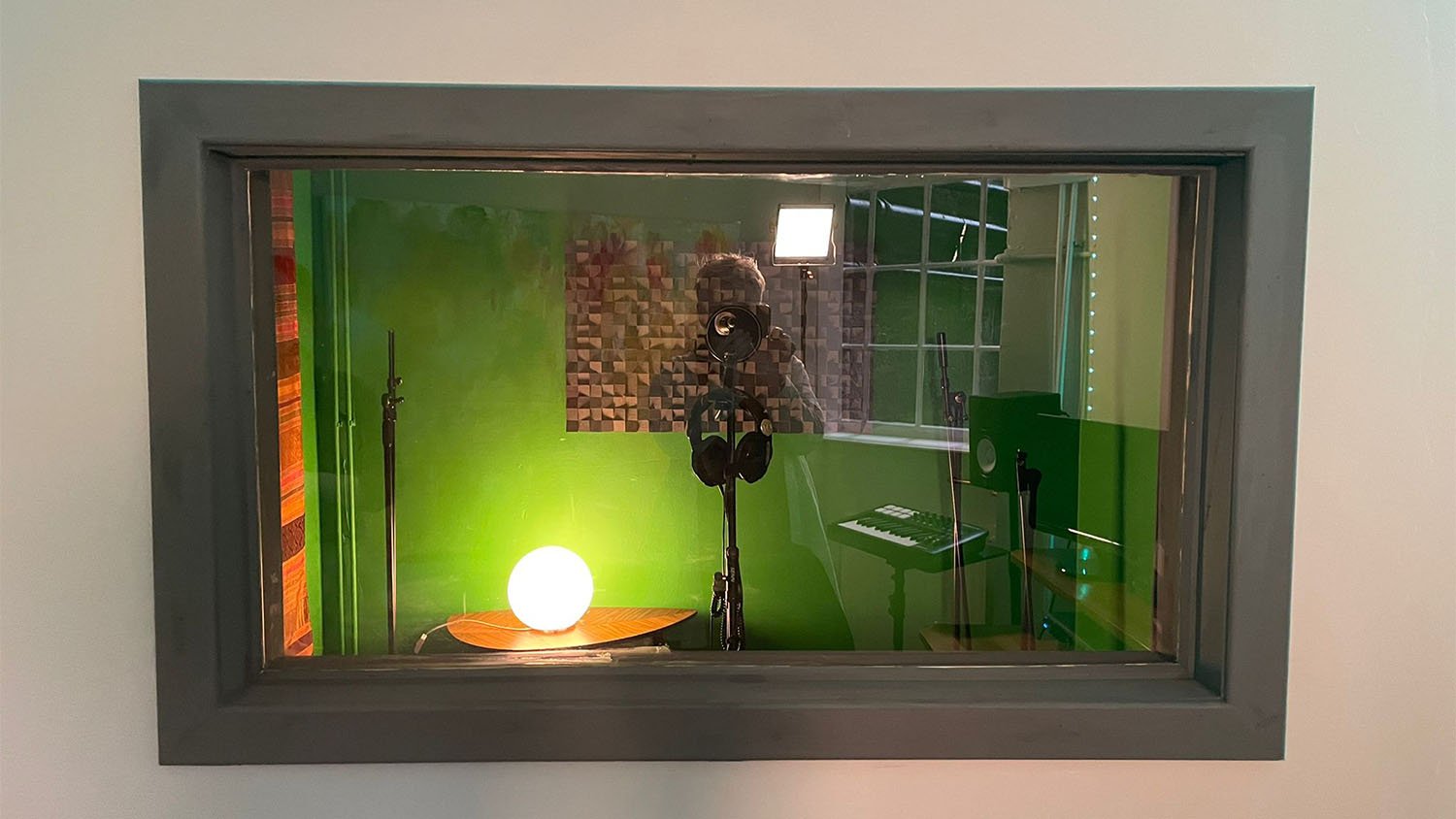 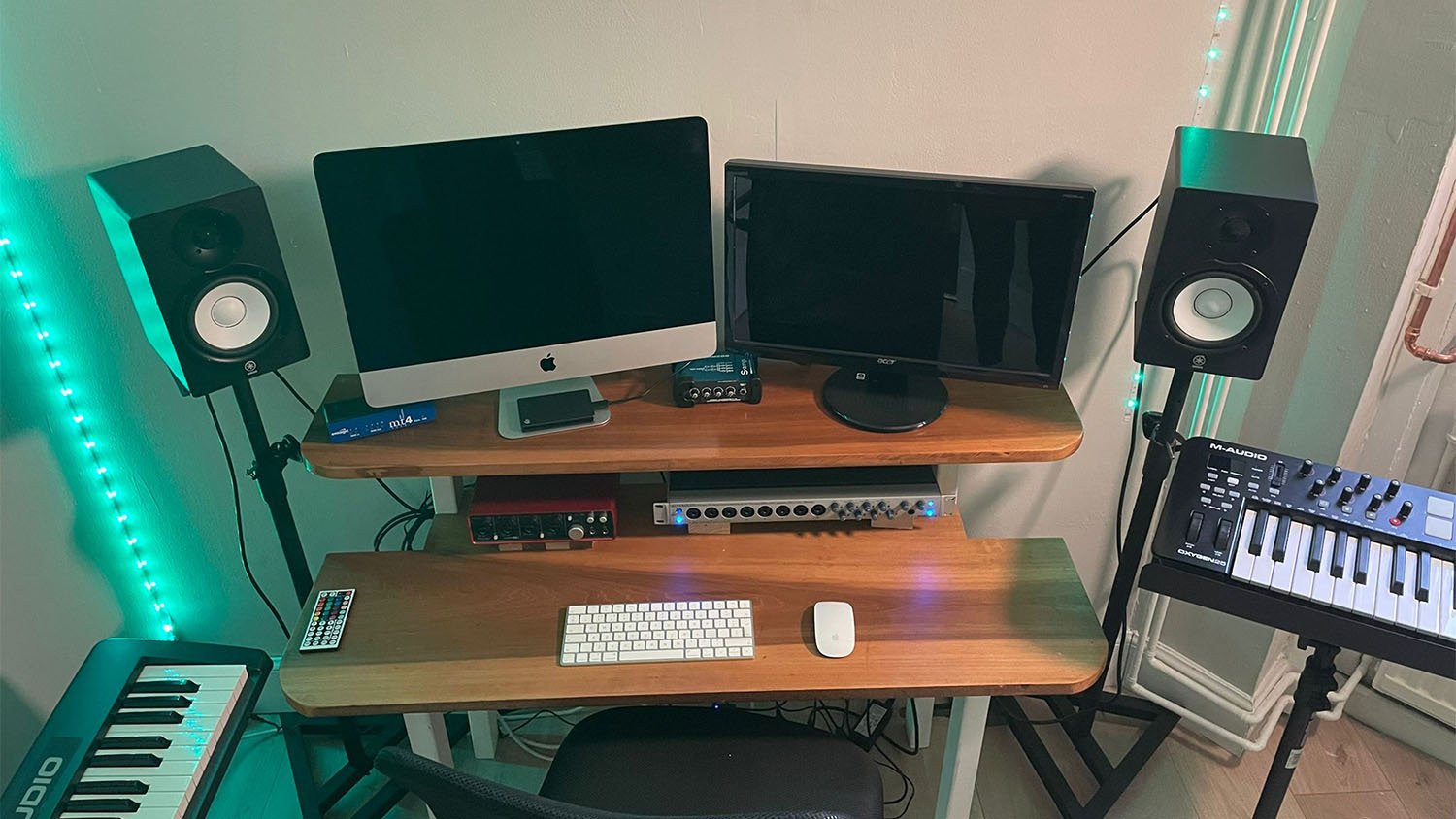 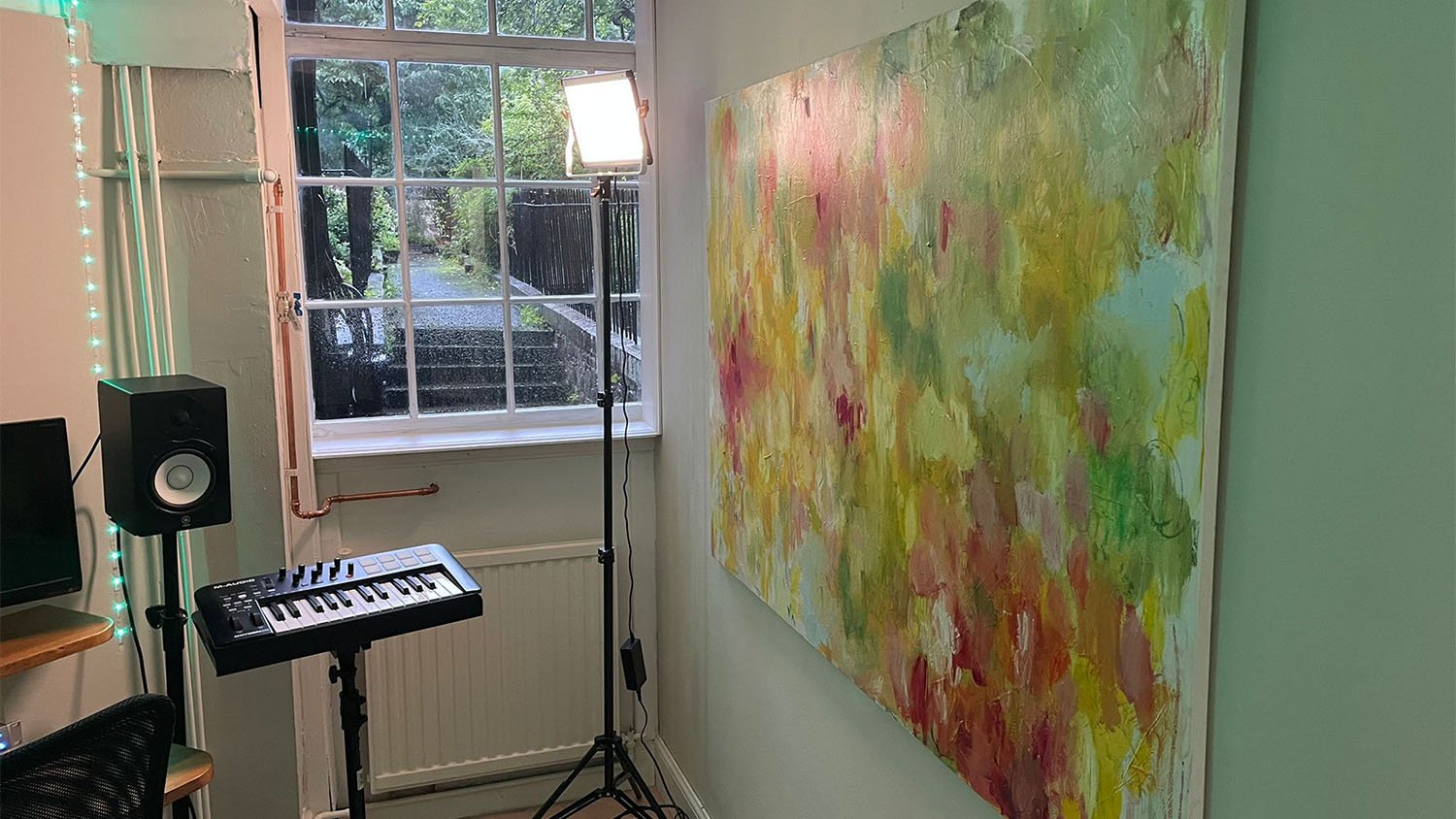 Quiet in the City: Space to Create Beautiful Sound

The Palmerston Sound Studio is now available for hourly or daily hire in Edinburgh’s West End.

Our maximum capacity is 4 people.

Get in touch to discuss your project.

Pauline Morgan, an experienced, fully-qualified sound engineer and music producer, will be available to run your recording session and offer general direction if required. Post-recording editing and mixing services are available at an hourly rate for smaller projects, a service which will result in you being presented with a professional-quality audio file for you to distribute as you wish (in both WAV and mp3 format).

For larger/ complex projects, editing and mixing fees can be agreed upon in advance after the recording process. 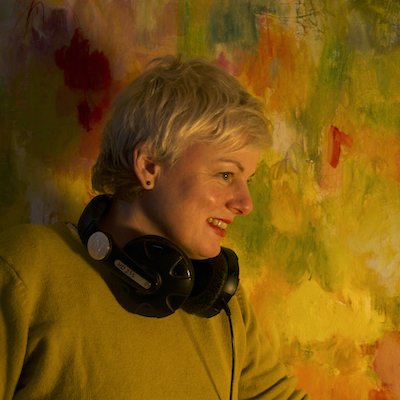 Pauline started her musical life as a cellist, studying performance, harmony and theory at Napier University in Edinburgh (1991-1993). Later – via an undergraduate degree in English Literature from Stirling University and then a PhD in English Literature and Psychoanalysis from Sussex University (2000-2004) – she made her way back to the world of sound and gained a Diploma in Sound Engineering and Music Production from Alchemea College in London (now absorbed into the Manchester School of Sound Recording) in 2010.

In the context of audio engineering Pauline gained considerable insight through her work with such esteemed engineers as Hayden Bendall and Marcel van Limbeek before taking on the role of sound engineer and music producer for singer-songwriter David Ogilvy at his studio in Maida Vale. She also worked with various classical musicians, recording and producing CDs under the label Garat Records.

More recently Pauline has had the pleasure of working closely with directors and actors in the embryonic stages of new writing for theatre. She has produced both sound design and original composition for shows at Oran Mor, the Tron and the Citizens’ Theatre in Glasgow, the Lemon Tree in Aberdeen, the Traverse in Edinburgh and The King’s Head Theatre and The Vaults in London.

Use of the Live Room with equipment and the services of our engineer: £65 per hour.

Hourly editing and mixing costs: £45 per hour (we can give you a general idea of how many hours will be required in advance after the recording process).

Sound design/jingles and bespoke music production can be produced to help add colour to your projects and/or add branding. Costs for this are calculated depending on the nature of each project.

We can offer the production of artwork for promotional material to go with the final audio as well as short promotional videos.

Sound design/soundtrack work is also available for theatre pieces and short film on a project-by-project basis.

FOCUSRITE Scarlett 18i8 18 in/ 18 out USB 2.0 Audio Interface with Focusrite preamps.

If you are interested in booking the Palmerston Sound Studio for your project or would like to arrange a preliminary visit to the facilities, get in touch with us via email at bookings@arthurconandoylecentre.com or call us on 0131 625 0700 during office hours.

Alternatively please use the Contact Form to get in touch and we will get back to you as soon as possible. Please give us as much information as possible (including project type, goals and estimated time required). This will help us process your request quickly.