It’s the time for horror films, costumes and eating the yearly recommended sugar allowance in a single night.

In Scotland, Hallowe’en has always been a night of significance.

The Celts celebrated “Samhain” as their New Year. It was a fire festival and its focus was on chasing away the darkness of the long nights.

It was also a ‘Feast of the Dead’, where to honour ancestors. They believed that the ancestors had the power to walk the earth on this night. They may visit homes where folk set a place at the dining table for them. They may walk the length of their property so light was essential. Fires were lit on high hill-tops across the land. If anyone had to go out into the dark night on 31/10 they carried a “tumshie lantern to keep them safe. Hollowed out turnips lit on the inside with a death face carved on the front.

Scots & Irish emigrated to North America in the 19th century. They took their traditions, culture and customs with them – Including Hallowe’en.

Hallowe’en has grown into its own tradition in the USA. 2 million attend The New York Hallowe’en Parade making it the biggest Hallowe’en event worldwide. Unsurprising when you think of the strong Scots and Irish community in New York.
My grandparents were not fans of any Americanisation of our culture. “Trick or Treat” – is a phrase which used to send them into paroxysms of anger! Imagine their surprise to learn that it’s a Scots custom re-packaged.

“Guising” or “galoshin’” is what Scots called the tradition of going from door to door with a blackened face or mask.

Young boys turned their clothes inside out to hide their identity from spirits of the dead. They may have carried kail pipes with them. Which were hollowed-out and filled with kindling. They used them to blow smoke inside homes to protect them from any evil spirits. The householders gave the guisers an offering in thanks, often money or food. Spirits might be among the guisers so an offering was a wise precaution to appease them. Lots of elements were subject to regional variation but guising was and still is at the heart of Hallowe’en traditions.
Guising and trick or treating involve the same core elements. Fear was at the heart of this festival. Justified or not, people felt a human need for safety and security in uncertain, dark landscapes where anything might lurk.

Fear is still a core element of Hallowe’en. Horror films reflect this. People can and do behave irrationally when fear is a factor.

Scots men and women knew this all too well when witchcraft accusations were rife. Witchcraft and casting the ‘evil eye’ onto neighbours’ livestock sounds strange now. But at the time, blaming the loss of livelihood (e.g. your only cow) on a “witch” may have had its advantages for you.
Fear of witches at Hallowe’en is centuries old. Cunning men and women made healing potions. Their knowledge came from deep traditions – passed down orally through family lines. They were vulnerable to accusation if their healing potions worked. Fear of the unknown led to fatal accusations of witchcraft.

In the twenty-first century it’s a lesson worth mentioning. Fear is irrational. Human beings are capable of causing more harm than any supernatural invention of the mind.

Religious control ensured that people believed all spirit contact was evil. Forcing the Hallowe’en tradition to be turn into a more “acceptable” celebration. Hence the creation of the Feast of All Souls or All Hallows Eve.
But, Hallowe’en was too deeply ingrained in the Scots psyche. Entertaining themselves during the long, dark, cold winter they told stories. Stories filled with ghouls, witches, and evil spirits. When washed down with whisky, these tales were terrifying.
Hallowe’en is here to stay. Its traditions will change over time but it serves a purpose – to express fear. Perhaps, it’s time to examine those fears, lurking in the back of your mind…and bring them into the light. There, you can see clearly that they are illusions, creations of your mind. Why not use that wonderful imagination of yours to fill yourself and those around you with joy, not fear…and even if it’s a turnip lantern, cast your own light.

This year we introduce SpiritFest. Chole and Ewan have put together a fantastic night of mediumship, supernatural storytelling and aura camera demonstration. 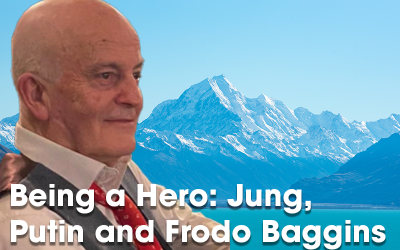 Being a Hero: Jung, Putin and Frodo Baggins Written by Professor Lance Butler.It may not be fashionable to say so but there is a difference between men and women - a difference whose recognition could easily and quickly transform our life on Earth. It is a difference... 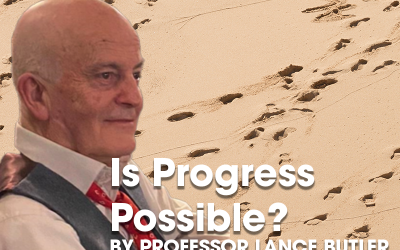 Is Progress Possible? Written by Professor Lance Butler.What would ‘progress’ be in our spiritual thinking? We turn quite readily to the past, for instance to Plato, to English, German and Spanish mystics who lived as far back as the Middle Ages. We appeal to the...