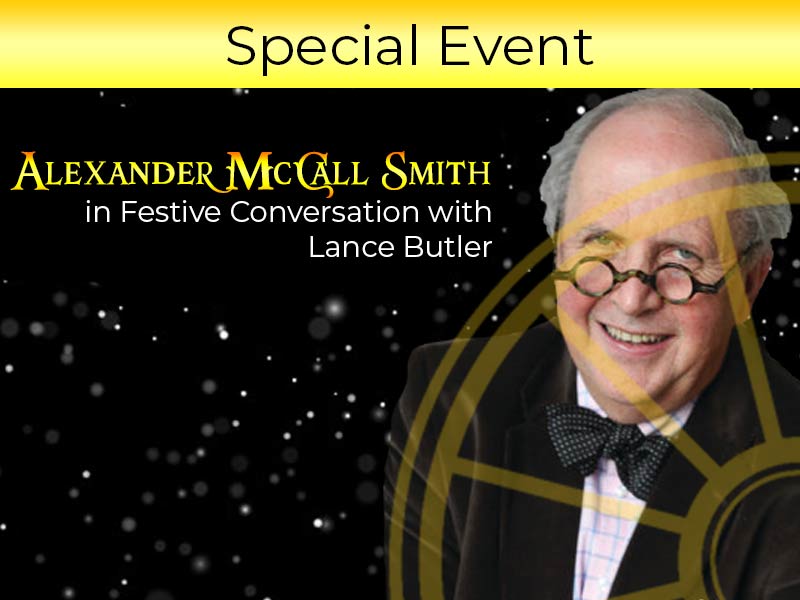 Join us on the 17th of December for a very special evening indeed. Our new Chair, Lance Butler is to have a festive conversation with Alexander McCall Smith, author of the hugely popular, The No. 1 Ladies’ Detective Agency series. We are keeping the format loose to allow for spontaneity. Whatever happens, we promise you good cheer, festive readings and articulate topical commentary.

Through the Covidian Christmas miracle of ZOOM, you can have these two raconteurs in your home – wherever that may be. Join us, Thursday, the 17th of December at 7:30pm GMT. Reserve your place below.

All funds raised from this evening will be used to support the Centre through this challenging time.

You are invited to listen to Sandy and Lance as they share their thoughts which are likely to broach a number of topical subjects. Sandy and Lance will offer you readings of prose and poetry which will relate to mid-winter or the festive season. Sandy’s gems will include some of his own work.

To aquaint or reaquaint yourself with Alexander’s work, please visit his curated books page on bookshop.org. 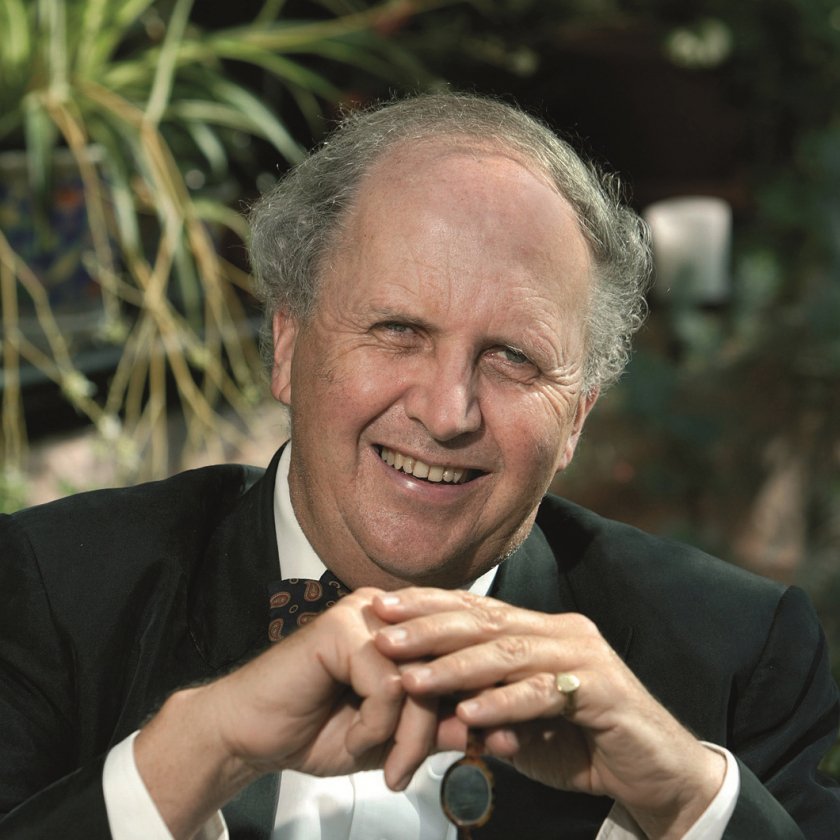 Alexander McCall Smith, often referred to as ‘Sandy’, is one of the world’s most prolific and best-loved authors. For many years he was a professor of Medical Law and worked in universities in the UK and abroad before turning his hand to writing fiction. He has written and contributed to more than 100 books including specialist academic titles, short story collections, and a number of immensely popular children’s books. His first book, The White Hippo —a children’s book, was published by Hamish Hamilton in 1980.

But it wasn’t until the publication of the highly successful The No. 1 Ladies’ Detective Agency series that Alexander became a household name. The series has now sold over twenty million copies in the English language alone, and since the books took off, he has devoted his time to writing.

His various series of books have been translated into forty-six languages and become bestsellers throughout the world. These include the popular 44 Scotland Street novels, first published as a serial novel in the Scotsman newspaper and now the longest-running serial novel in the world; the Isabel Dalhousie novels, and the von Igelfeld series. He is also the author of the Corduroy Mansions series, which started life as an engaging cross-media serial written for the Telegraph online. And most recently, he launched the Ulf Varg series of Scandi blanc novels set in Sweden.

In addition to these series, Alexander has written a number of stand-alone novels, including , The Good Pilot Peter Woodhouse, My Italian Bulldozer, The Second Worst Restaurant in France, Fatty O’Leary’s Dinner Party, Chance Developments and Pianos and Flowers.

He has also authored many non-fiction titles, the latest of which are A Work of Beauty: Alexander McCall Smith’s Edinburgh and What W.H. Auden Can Do For You.

Recently Alexander has written a new children’s series—The School Ship Tobermory—and we now have four books in the series. This increases the number of children’s books he has written to more than thirty.

Alexander has received numerous awards for his writing and holds twelve honorary doctorates from universities in Europe and North America. In 2007 he received a CBE for services to literature and in 2011 was honoured by the President of Botswana for services through literature to the country. In 2015 he received the Bollinger Everyman Wodehouse Prize for Comic Fiction and in 2017, The National Arts Club (of America) Medal of Honor for Achievement in Literature. In 2020, he will receive the honorary fellowship of the FT Weekend Oxford Literary Festival.