Whether in physical or spirit form, we are our stories – our memories, passions, experiences, hopes and disappointments – all beautiful, tragic, and nuanced.

We know that it is easier for those in spirit form to use what we already know in order to share what they wish to say. Mediums in the medical field often find that they easily receive ailments and passing conditions. The famous Irish medium Albert Best, once a mailman, easily received exact addresses. The spirit world will use everything within our frame of reference to make their presence, their story, and their essence known.

Any meaningful object they mention has a story behind it. Every relationship they describe comes its own beautiful, challenging, and subtle complexities. So how as mediums do we get past the evidence – merely an image, an object, a simple feeling – to convey the full wealth of a person’s life, their character, and their story in all its essential and incomparable sophistication?

On this weekend of progressive mediumship, taught by international medium and best-selling author Karen Frances McCarthy, you will learn the skills of a writer and actor and incorporate these into your mediumship to build pathways (or frames of reference) that the spirit communicator can use to be truly seen and understood in the way they want. With a focus on practical exercises and acquiring new skills, you will learn to truly perceive, receive, and convey their subtle and complex story.

This course takes mediumship to a new level by being present for the whole spirit and allowing evidence to naturally and organically emerge. Your mediumship, so that a client knows – not just by details or descriptions – but by the power of your mediumship that their loved one is truly present in all their complexity and glory. 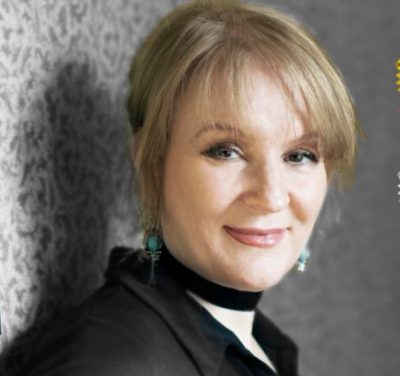 An international, progressive medium, healer and best-selling author, Karen grew up steeped in the Celtic mysticism and spiritual traditions of Ireland. As a child, she communicated with spirits. As an adult, her desire to be of service evolved into a passion for social justice and the pursuit of truth, which led her to a career as a major media political journalist and an embedded Iraq war correspondent. A tragic loss became the catalyst that brought her back to spirituality, particularly Eastern philosophy, and working with the mediumistic faculty she’s had since childhood.

Karen has undergone years of intensive training at the world-renowned Arthur Findlay College in England and holds three awards, Certificates of Recognition, in Demonstrating Mediumship (CSNU d), Spiritual Healing (CSNU h), and Speaking (CSNU s) from its governing body, the Spiritualist National Union. To further understand the complexities of grief, she obtained a Diploma in Bereavement Counselling from the Institute of Counselling in Scotland.

In her work today, she blends compassion and loving kindness with ethical mediumship by fusing this work with her many years of Buddhist practice. In addition to her private practice, she teaches at the Sir Arthur Conan Doyle Centre in Scotland, and in the USA at the Edgar Cayce Center, The Inner Spiritual Center, Montclair Psychic School among others.

Karen is also passionate about writing for mindfulness and spiritual transformation. Her best-selling book, Till Death Don’t Us Part: A True Story of Awakening to Love After Life (White Crow Books, 2020) is a true and transformational story of a former journalist’s extraordinary journey from scepticism, through tragedy, to awaken to the knowledge that her dead fiancé́ is communicating from the hereafter. It has received considerable media attention and was a #1 New Release on Amazon. She has appeared on numerous TV interviews and podcasts, including New Realities with Alan Steinfield, New Thinking Allowed with Jeffrey Mishlove, Seek Reality with Roberta Grimes and Psychic Matters with Ann Theato. She has appeared in Forbes, the Irish Times, and Psychic News among others.

In television, she has written and produced documentaries, including producing Alchemy and The Crystal Cave with Deepak Chopra. She continues to write feature articles for Salon, HuffPost, the Irish Times, Beliefnet, among other publications. She is currently a PhD candidate, studying the cultural narrative informing contemporary ghost literature at the prestigious Russell Group University of Birmingham in the UK.

Please note that sales for this course are final and that there will be no refunds.