Quantum gravity as a manifestation of consciousness.

On the question of time, there is a growing consensus in physics that a good theory of space-time should reconcile quantum mechanics with general relativity.

This is necessary to preserve both the creativity of time (or free will) permitted by quantum mechanics, and an already realized future, imposed by relativity.

In papers published in Annals of Physics, Professor Guillemant and his colleagues demonstrated that this is possible through a flexible space-time model requiring six extra dimensions, like in string theory.

This model is a good alternative to what it is called the ‘myriads of ourselves doubles’ of multiverse theories, and demonstrates that a realized future does not mean that space-time cannot change.

One metaphor for this ‘atemporal evolution of space-time’ uses GPS. When using GPS, you can change destination or directions. In the same way, it is possible to change the future and the way to get to this future. Independently of known physical laws, our model then involves two types of ‘choices’ that can change the universe we live in:

In this lecture, Professor Guillemant will show that a quantum gravitational consciousness could influence our life by reducing brain quantum states. Our model brings light on what it is called ‘retrocausality’. Local changes can appear in a timeline without changing the future, meaning that the future can still exert an influence. Such an influence could explain phenomena like intuition or synchronicity (or serendipity).

He will then suggest a theory of a ‘cyclic universes’ operating in the cosmos, influencing the unconscious instance of us that builds our future. This is called ‘higher self’ or ‘the divine’, which is building new potentials in our future in the hope that our consciousness will perceive them, while we are building our past by making choices in our present through (more or less) authentic ‘free will’.

Join us online for this insightful talk on the 10th of May. 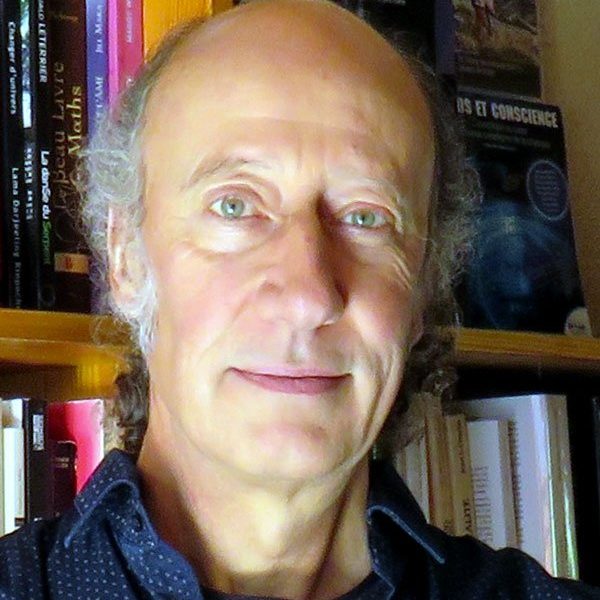 Philippe Guillemant is a French physicist engineer graduated from the Ecole Centrale Paris and the Institut de Physique du Globe. He is a Doctor of Physics and qualified to direct research. He works at the CNRS (UMR 7343, IUSTI laboratory of Polytech’ Marseille) where he is a Research Engineer Hors Classe.

A specialist in artificial intelligence, his work has led to the creation of two innovative companies licensed by the CNRS: Synapsys and Uratek, which have earned him several distinctions including the CNRS Cristal.

He is now conducting fundamental research in the physics of information which aims to revise our conception of space-time by granting it flexibility by switching universe lines using additional dimensions , via classical mechanics. . It is a question of taking into account the inevitable presence at any scale of bifurcations imposing non-causal choices, ie involving the entry of future information or information external to our 4D space-time. On this subject, see his last two scientific conferences ( Nice 2018 , Strasbourg 2018) and his two recent publications in Annals of Physics , as well as the arguments that should lead physicists to take seriously the theory of an influence from the future, claimed by illustrious physicists such as Yakir Aharonov or Holger Bech Nielsen , among others … without forgetting the late Olivier Costa de Beauregard , the “father” of retrocausality.

He is the author of the theory of double causality (or flexible space-time), a model of creation of reality based on free will via retrocausality, presented in his four books “La Route du Temps” (The Present Time, 2010 & 2014), “The Physics of Consciousness” (Trédaniel, 2015), “The Peak of the Spirit” (Trédaniel, 2017) and “The great shift of humanity” (Trédaniel, 2021 ), but also synthesized and staged in the documentary film by Jean-Yves Bilien “La Route de la Conscience” (Big Bang Boum films, 2015).

Find out more about him on his website at http://www.guillemant.net/